The same as the 1500 series Clip -on PCB shielding cans, but with teeth in order to glue the can onto the PCB. No clips are needed for mounting.

EMI screening covers (SMD shielding cans) for PCB’s were developed to shield only certain parts of electronic equipment from electromagnetic radiation at the source, rather than all components in the entire housing.

EMI shielding cans are available in a wide range of sizes and types. Whether it is for a small number of prototypes or large quantities, we can manufacture the precision components that you require.

However, some customers would like a slightly more economic solution than the clip-on PCB shielding system and then move to PCB shielding covers without clip-on system. This system is called Fixed PCB shielding cans since the cans are fixed to the PCB with conductive glue or solder.

Furthermore customers choose this way of attachment because the can will be more firmly secured to the PCB than by using the 1510 series clip -on system. This is, for example, necessary when it comes to devices with very heavy vibrations and movements.

The 1515 has the same properties as the 1510 series. The lid has a removable top cover. This makes it easier to acces the parts on the PCB for service. The product is available in copper and tinned copper, with or without cooling holes. 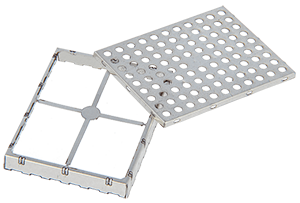 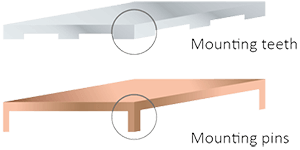 Our 1510 and 1515 series fixed PCB shielding cans are available in both copper and tin-plated copper. The tinned copper version facilitates the soldering process. 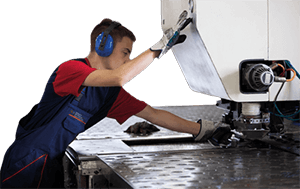 Below is a technical drawing of a 1510 series Fixed PCB shielding cans. The distance between the teeth varies, and is dependent on the size of the side. For example, a side of 40 mm has 5 teeth and a side of 25 mm has 3 teeth. The standard height of a teeth is 1 mm. 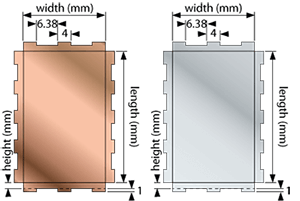 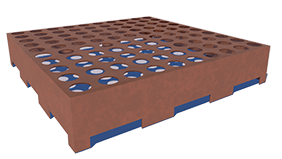 NOTE: Custom sizes and shapes can be produced on request and according to your drawing. Send your drawing to request a quote for a custom shape to info@japanhomeland-security.jp . All drawings to be downloaded are made with 12 mm thick Mu-copper.

* If you need larger PCB shielding cans we advise you to look at our 1500 series Clip -on PCB shielding system, or to send us an email with your request

* If you need larger PCB shielding cans we advise you to look at our 1500 series Clip -on PCB shielding system, or to send us an email with your request

Fill in the form below